Get to know: Corpse Reviver 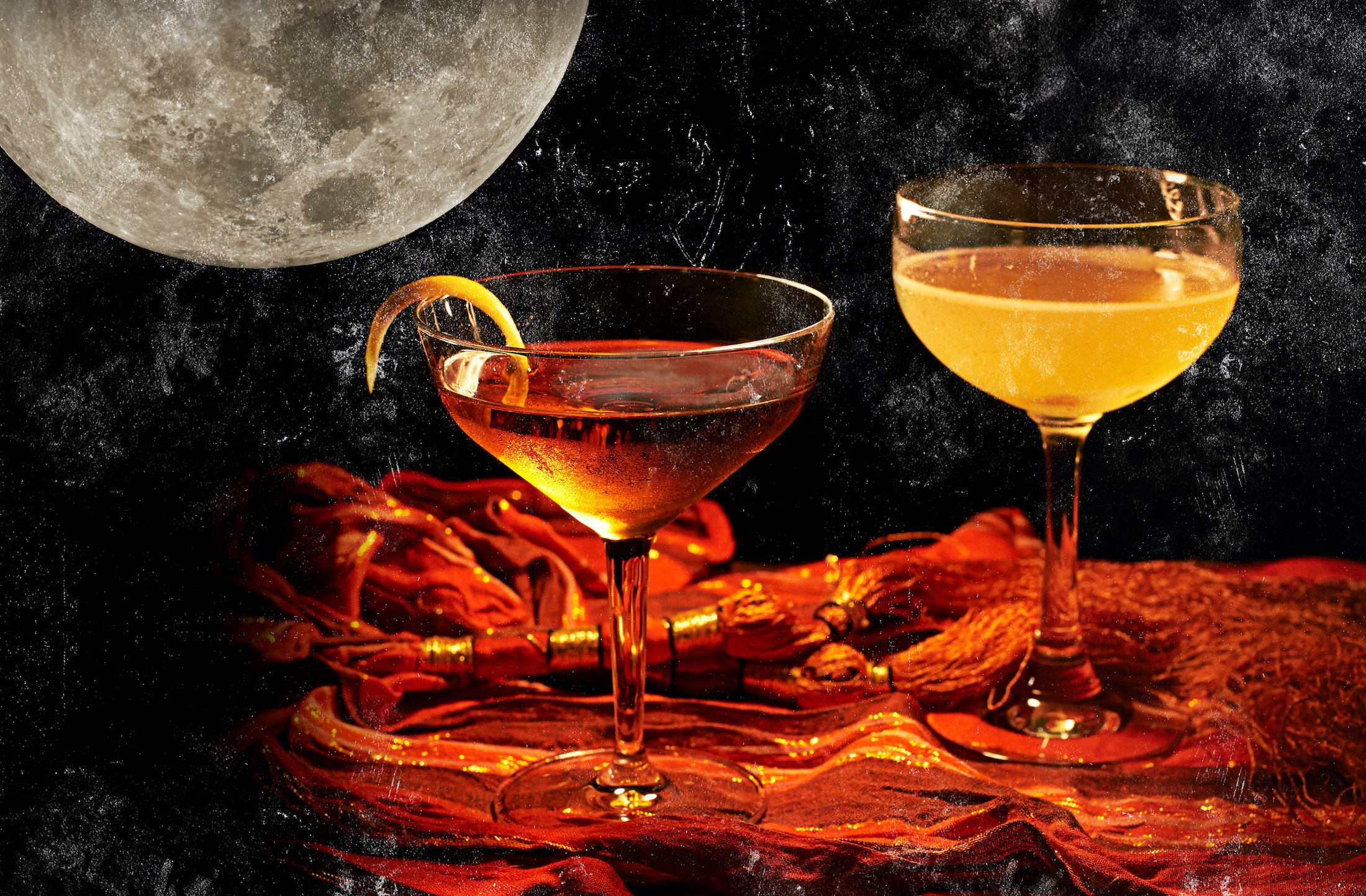 Few classics have suffered more from THEIR export than the mighty Corpse Reviver. Seamus Harris charts the journey of a stiff re-animator.

Sometimes a nation comes up with a cultural export so successful it develops a life of its own. Consider Chinese food. Travel anywhere, from London to La Paz, and you can always find a Chinese restaurant. But should you be Chinese, the joy of discovery will be tempered by keen foreboding, because put a Chinese restaurant outside China and it inevitably takes all sorts of culinary liberties. Well-meaning American diners doing their bit for international relations at the Ming Garden, Centerville, Missouri, would be astonished to learn Crab Rangoon was noxiously foreign to their hapless Chinese homestay. So it was with the cocktail. Just as Chinese travellers today must grit their teeth and deal with General Tso’s Chicken, so travelling Americans in the 19th century suffered the Corpse Reviver. The price of soft power can be awfully steep.

Victorian England, while content with sherry, ale and hot flips, had a fascination for exotic American beverages. By the 1860s transatlantic potions were appearing in a few London bars, and Jerry Thomas himself had crossed the pond to demonstrate mixology. Cocktails symbolised America, and cocktail bars featured prominently in the American exhibits at both the London Exposition of 1862, and the Paris Exposition of 1867 — if only the same could have been said for the Shanghai Expo of 2010. Some of these so-called “American drinks” mystified connoisseurs of the genuine article. Passing through Paris in 1867, Mark Twain was perplexed to find “American bars” that could not even prepare an order for “whiskey straight”, and his was not a lone voice. An anonymous writer for a Boston journal bristled at “an American restaurant totally misrepresented at the Paris Exposition”; the frustrated drinker fared no better in London, where he opined that American drinks “have names strange enough; but the fact that certain decoctions are called ‘brandy-smashes’, ‘mint juleps’, and ‘sherry cobblers’, scarcely justifies the invention of the Haymarket ‘corpse-reviver’”.

The cocktail assumed a life of its own in Europe, where dozens of ersatz “American drinks” did the rounds. Victorian bacchanalians could tickle their gums with anything from a Cowboy’s Delight to a Nigger Girl’s Smile, but a Corpse Reviver was always what a tipsy Englishman hankering for a shot of American ingenuity was likely to slur at a barman. What was he after, though? Probably he had little idea, beyond that it should be iced, potent, and a little flamboyant — though an iced drink in itself was fancy by London standards. Meanwhile, his barman likely knew less about American cocktails than the Mexicans heaving woks at the Ming Garden know about Chinese cuisine. Such being the reality, proceedings inevitably assumed a laissez-faire flavour.

Letting the Corpse Reviver lie forgotten seems criminal given the wealth of recipes to be explored.

The drink probably varied with bar and barman. Interestingly, though, most of the numerous and varied Corpse Reviver recipes to have survived involve brandy. Like the original cocktail, the Corpse Reviver was reputedly more of a pick-me-up than a put-me-down, and perhaps brandy’s supposed medicinal and restorative properties made logical sense. Brandy’s relatively expensive nature probably also fitted a market where cocktails were fashion statements rather than daily staples. But the Corpse Reviver could feature gin or absinthe, and even the brandy recipes varied from pousse café style preparations to champagne cocktails. American spirits such as bourbon and rye are noticeably absent from Corpse Reviver recipes. Perhaps a Corpse Reviver was little more than an American-style drink concocted from the fancier bottles found behind an English bar.

Letting the Corpse Reviver lie forgotten seems criminal given the wealth of recipes to be explored. With everything now to be found in China, even American Chinese restaurants, and given Chinese have traditionally favoured brandy over other western liquors, local bartenders may want to experiment with this one. My personal picks of the old Corpse Reviver recipes appear to the left. The gin-based Corpse Reviver #2 is now the best-known version, but the forgotten brandy recipes are worth digging up, too. Always a sucker for calvados, the Corpse Reviver #1 seems to me worth reviving. The Champagne Corpse Reviver adds orange juice to create a gentler French 75, or perhaps a Mimosa for real drinkers. Finally, while not quite a Corpse Reviver, the curious Stomach Reviver is a must-try should you have kummel, an Eastern European caraway seed liqueur.

An American Cure-all in London

1860s In both British and American English, the term “corpse reviver” had long been used generally to describe an alcoholic “pick-me-up”, especially taken to dispel a hangover or similar trauma. The cocktail known as the Corpse Reviver probably first appears in the 1860s, and early references associate it with the “American bars” that lubricated curious attendees at the London and Paris expositions. Some have suggested that “Professor” Jerry Thomas himself held court behind the bar at the London Exposition, where he introduced the Corpse Reviver to England. It’s an appealing thought, and the legendary New Yorker pops up to mix drinks on London’s Coventry Street around the time of the exposition, so anything is possible.

1871 The American cocktail gains a permanent foothold in Britain, albeit as an exotic, and by the 1880s London has half-a-dozen “American bars”. The Corpse Reviver is the most recognised “American drink”, and numerous variants swirl through London glasses. The earliest recorded recipe for a Corpse Reviver, equal parts of brandy and maraschino with a dash of bitters, appeared in The Gentleman’s Table Guide (1871) — an English publication.

20th Century British cocktail consumption rises as a wave of American bartenders flee Prohibition and wash up in Europe. A flurry of cocktail manuals fly off the presses, and numerous different Corpse Reviver recipes are recorded. Most recipes have brandy as the base spirit, but beyond that there is little rhyme or reason to the category. Corpse Revivers can be Manhattan variants, champagne cocktails, juicy punches, or herbal digestifs. The confusion of recipes may indicate the drink had already fallen out of the regular rotation. That said, Harry Craddock likely invented the Corpse Reviver #2 during this period, and also suggested Corpse Revivers “be taken before 11am, or whenever steam and energy are needed”, so the drink still had life in it.

21st century Having lain buried for most of the 20th century, the Corpse Reviver shows signs of reanimation. Cocktail purists disinter the gin and quinquina Corpse Reviver #2, and Jacob Briars gives the revived potion a futuristic twist with his Corpse Reviver #Blue — in which blue curacao substitutes for triple sec. However, the more typical brandy variants of the drink sleep quietly despite their potential, though perhaps not for much longer. The lucky few with access to kummel should definitely not miss the Stomach Reviver.

Here’s what really happened at DMBA 2018… 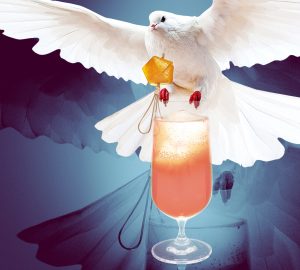 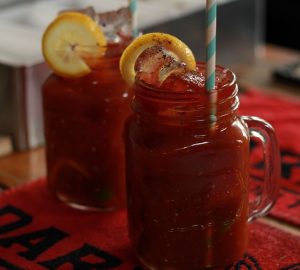 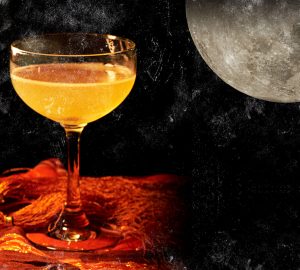 5 ways to use dairy in your cocktails