Durians are in season – put them in your cocktails

We speak to four bartenders on how they’ve wrestled the rank, dank, funky fruit into their drinks (and live to tell the tale). By Natasha Hong.

Trust bartenders to throw caution to the wind and combine two ingredients that together, form a deadly concoction. Durians and alcohol don’t mix, warn grannies in Singapore and Malaysia, but these four bars have taken on the challenge to turn them into killer (pun well intended) combinations.

Wrangling such a stridently rich and odorous ingredient into a cocktail that hints of the fruit, and still sings of its other components, is a feat in itself. These intrepid four have all found that rum’s vanilla and caramel notes work well with the durian’s dramatic oniony, cheesy, and some say almond-like flavours, and some have even perfumed milk or cream as a flavour medium for the fruit. Scroll through this slideshow to read how they cracked the prickly code to create a cocktail with bite. American bartender Chanel Adams had only moved to Hong Kong for less than a month before she had to face the fabled fruit head-on at her new workplace, Happy Paradise. Working with Proof and Company’s Dave Jony to fulfil restaurant-bar owner May Chow’s wish of having a durian cocktail on the menu, she describes Chow’s brief for the drink as, “If someone who loves durians smells it, they’re like the happiest person in the room and everyone else is like, painfully repulsed.” The result was a riff on the Painkiller.

The Durian Painkiller has been on the menu ever since Happy Paradise’s inception in April 2017, but even so, she still finds it tricky to master the fruit. “Durian’s a really hard ingredient to work with,” explains Adams. “It oxidises really quickly, and becomes sour – it seems like it’s gone off, but it hasn’t. It’s just oxidised.” To get around this, she experimented with different forms of durian before finding freeze-dried durians from Thailand, from Hong Kong’s Aji Ichiban snack store. The stabilised ingredient is vacuum-infused in both dark rum and whipped cream separately, and using this method, the preparations last for a full week, as opposed to the short one-day shelf life using fresh durians. Plus, using preserved durians offers them the opportunity to serve it year-round at the bar. “For people who like durian, it’s the happiest I’ve ever seen people drink anything,” says Adams of the reception for the Durian Painkiller. “But there’s no middle ground, really. My favourite thing to see is a couple where the girl orders it, and the guy tries to lean in close, but clearly can’t deal with the smell. Then he looks at me, and I’m like, ‘I’m so sorry! I just did what she wanted!’ It’s hilarious, honestly.” The King and Queen by Panying Lee, Nutmeg & Clove, Singapore

Created for a menu of cocktails that draw inspiration from William Farquhar’s Collection of Natural History Drawings, team Nutmeg & Clove wanted to incorporate the king of fruits on their menu, and while they’re at it, the queen of fruits, the mangosteen, in that same drink too. “It was one of the most difficult cocktails we’ve ever made, because the pairing was difficult – it was very hard for us to get the ratios right without overpowering each component of the cocktail.”

The r&d for the ingredient-laden drink sent them on a quest to try durians varieties in different forms. “We picked frozen durian in the end because it’ll be more consistent, and maoshan wang, because we wanted the quality of the durian to match the craft spirits in the cocktails,” explains bartender Panying Lee. This sought-after variety of durian is prized for its bittersweet flavour packed in its bright yellow flesh. To put them together, they wanted to veer away from “the typical dessert-y cocktail”, and instead, opted for a clarified Milk Punch, which removes the intimidation factor and adds an element of surprise to that first sip. To protect the hard work they’ve put into the drink, they’re keeping the recipe a secret for now, but Lee will say that frozen pulp is cooked with ground butter-toasted coffee beans, pandan, mangosteen juice and sugar to create a syrup. That mixture is then curdle-clarified with hot milk and lemon, rum is added, and the combination strained and pre-batched to serve over ice on order. The pre-batch keeps for two weeks in the fridge, and each sip yields aromas of the citrus garnish to start, pandan and mangosteen in the body, then a mild durian scent in the finish. “It’s not too overpowering. I’m not a durian lover, but I would even drink it,” says Lee. Challenged to make eggnog local for a Christmas promo with food delivery service, Deliveroo, Peter Chua knew the combination would work in a cinch. “It made sense because of durian’s custardy-ness, which I thought would go well with eggnog’s cream and nuttiness, so yeah, I managed to make something I liked on my first try,” says Chua. For his D25th, the head bartender takes fresh flesh from D24 durians – described as creamy and bitter – and blends it down with coconut cream and pandan for a taste of home, and dark rum and spiced pear liqueur for sweetness and kick. Even though the ingredients that make his cocktail are more perishable than the others in this story, the drink is surprisingly hardy, surviving the half an hour trek out to customers who order it on the platform, and keeps in their pre-batched bottles in the fridge for over a week. It’s something he puts down probably to the fresher fruit he gets in season here in Singapore. The trick to making durian work in James Cooper’s Tangan Raja, he’s found, is to keep it separate from the alcohol. “We tried making a durian sugar syrup, but that overpowered the alcohol in the cocktail,” he explains. “We tried infusing it directly into the rum, Campari and sweet vermouth, and again, it just didn’t come out the way we wanted it to.”

So at Shelley Yu’s, their way of making the thorny fruit’s presence felt is upfront and right in the nose, with an egg white-based foam that features cooked musang king (what maoshan wang is known as in Malaysia) pulp, brown sugar and a bit of lime zest “to bring out the fresh, fruity, sour character of this variety of durian.” Drunk together with the cocktail below, “you’ll get the slightly sour-sweet hit of durian as you drink through the foam, then the bitter cocktail at the end balances things out in the flavour profile,” explains Cooper. After experimenting with nitrogen-charging his foam mixture, which turned his fruit bitter, the bar team now blitzes up a quick head of durian froth with the immersion blender before layering it on the drink. The lime, he says, binds the mix together and helps keep it bubbly for five to ten minutes after serving.

To keep the bar from smelling up each time they prepare a batch of the froth, the head bartender is tasked to go round to his local seller, go out back with a chef’s cleaver to break open the fruit and mince the flesh down to a fine texture. “When I moved here in August to start working at Ril’s and Shelley Yu’s, I asked the team, ‘Why aren’t we making a drink with durian in it?’ and everyone looked at me like, ‘Really? White guy from England wants a durian in a drink?'” he laughs. With the durian’s short seasonal window about to expire, Cooper and his team are experimenting with freezing their own supply of the fruit to thaw down and use when needed. “It kind of works so far,” says Cooper. “The texture and flavour is slightly affected and is a little less potent in the flavour profile, but for us, it just means we’ll have to rebalance it when we use it between batches.”

And as for that old bit of wisdom that warns of mixing alcohol with durians, Cooper’s got it covered. “I’m a chemist and biologist by degree – which I very, very rarely use – but I did a lot of research into it, and believe it or not, if you type “durian and alcohol scientific paper” into Google, you’ll find about 10 to 15 studies that have been done on whether durians and alcohol will cause a chemical reaction in your body,” he says. “And I’m not kidding, a lot of it is peer-reviewed studies. They’ve even done case studies on someone who’s got a friend who has a brother or aunt who had two bottles of beer, ate a whole durian and dropped down dead the next day. They had high cholesterol anyway – that and durian, not a great combination!”

Steve Schneider and the Employees Only crew find fans in Panama 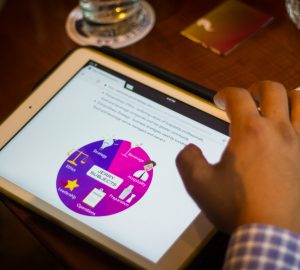 17 news stories that defined the industry in Asia in 2017