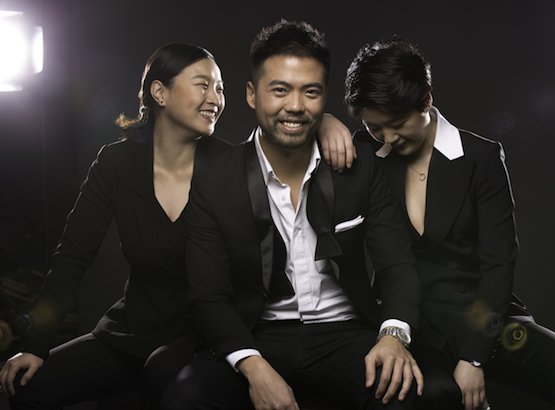 Warren Pang speaks out on the staff that dreams are made of. By Jonathan White.

“What keeps me up at night?” Warren Pang of Janes & Hooch asks himself. “It’s, ‘When is our next step?’” he answers. “Janes is completely fine – I’m redundant in my own bar. My staff kick me out because I am in the corner drinking the profits.” Pang might be joking, but it’s typical of him to credit the success of his Sanlitun saloon to his staff, not himself. In the three something years that Janes, as Beijing’s drinkers came to refer to it, Pang has always put his team front and centre. The management were always mindful of having a sole bartender that was associated with the bar, and while Pang was – and arguably still is – the face of Janes, regulars are these days more likely to recognise him as a fellow drinker, while knowing the names and faces of the team serving their drinks everyday. Such a scenario only arises when you can keep hold of staff (and have staff you want to keep hold of). For most in the Chinese industry it’s a perpetual problem, with staff turnover rampant, and often triggered by as little as a couple of hundred kuai each month. But Pang is clear about the solution. “We invest in their futures,” he says. “We want them to stay. We pay well and they are learning – they have to be getting what they want out of it.” Pang argues that if both sides can get their values and motivations in sync, that proves a team member is a “keeper”. And keepers many have proved to be: take Sunny Sun and Jamie He, Pang’s fellow cover stars this issue. Sun has been with him since he hired her as a cashier at D Lounge while He was one of the first hires at Janes; Sun recently won the second edition of Start With Stoli. For Pang, their employment is a long-term project, one he can see continuing beyond Janes & Hooch. “If they want to open bars in the future, then we will invest in them. Teach them how to do it,” he says. “It’s building relationships.” He also sees time spent on staff as mutual benefit, even if they eventually decide to leave the industry. “We’re trying to build independence, not spoon-feed them. Skills relevant to other workplaces outside the industry, tangible skills – teamwork, communication, independence, management – essential skills.”

If this stress on staff seems unusual, Pang puts it down to his and partner Milan Sekulic’s background in hotels – the pair have worked together since the opening of Punk at the Opposite House, Beijing, in 2007. It’s this shared experience in a corporate environment that guides the SOPs that Janes hands to newcomers on their first day, and the weekly tests that accompany them. “After that it’s all one-to-one bespoke training with me,” Pang says. “That’s the reason to stay. We’re not trying to run it the same as any other place where you gain and lose bartenders for another 500 kuai.” In that light, it’s bad management instead that is blighting the bar industry and a lack of focus on service, with Pang positing that most venues leave service until last. “TGI Fridays has better service than 90 per cent of bars,” he decries. If asked – and maybe even if not – Pang would advise new bar owners to make service their point of difference. “China has bad service, so make yours better.” He cites Haidilao as a business that does just that, retaining staff and training them to an unparalleled level among China’s chain restaurants. He’s clearly impressed, but there’s also a hint of mischief when he reveals how he wangled a copy of Haidilao’s SOPs to find out exactly how they do it.

His attention to detail was in place well before the doors opened. “We started with a solid business plan. Taking things into account like average consumer spend, we made a 5-7 year forecast. There were lots of numbers. It was all to negate risk. It’s not something I see so clearly at other bars.” The research has stood them in good stead and things have fallen into place relatively smoothly since they were forced to go DIY after an original design didn’t match with their specifications. “We weren’t really into the idea of a speakeasy. We wanted a tasteful modernisation, to flip that concept on its head. We wanted quality without the wanky business. This was by no means PDT.” Construction took less than the expected three months – most of the venue remained intact from its factory past – with the only major changes being piping for a kitchen and bathrooms. Beijing’s recent smoking ban prompted the only upheaval since day one: the introduction of a smoking terrace on the second floor once it was clear the legislation was here to stay. That was an advantage of having their own place, says Pang – the team could make a decision based on the concept of adding value: “Will it make it easier, faster, a richer experience? That all leads to more profit.”

It’s this ultimate focus on revenue that allows Janes to stay in the game. “We run it as a business, not as the cool bar,” he says. Despite still being the “cool” bar three years in, Pang remains unmoved: “A bar is only cool if it has enough money to keep it being good.” With the owners neither investing in marketing outside of social media to their own circles nor chasing events, that stability is driven by returning customers. “Janes is busy at weekends, and Sunday to Thursday is not bad,” he says. “We’re not fighting just for weekends.” For Pang, it all comes back to his staff: “You want people to come back and that comes down to the execution.”

If this all sounds serious, it isn’t – but it is exacting. Take the playlists. “I’ve always been anal about the music. It’s taste and it adds to the experience,” Pang says. “Fucking Jazz Mix #3? There’s no thought for pace, music, lyrics. I’ve got like 76 days of music. It hardly ever repeats. People Shazam the crap out of it. I love that.” Typically, the thought of other bars taking less care riles him: “People notice sound quality. Bars need to invest in a proper sound system. It’s not that expensive.” There’s joy in the operation too, though. Pang observes how their cocktail execution has become more playful; how the guest interaction has shifted from people asking what bitters they use behind the bar to something more friendly. Drinks are more fun, less strong – meaning people are having more and willing to take a risk with their order. “There’s drinks inspired by childhood, a kitchen focus and Aussie elements. There’s Shandong, where Sunny is from,” he says. “And Southeast Asia – I’m from Singapore and Australia, so there are Southeast Asian ingredients. Anyway, fuck it, there’s always shots.”

A new easy – born out of confidence and success? Don’t be fooled: “We’re minding our own business, yes. But have we achieved everything? Not even close.”

Breaking cocktail conventions and service assumptions in the Lion City 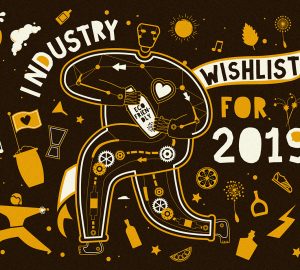 Gary Regan talks new baijiu, mindfulness, and why he really stirs Negronis with his finger 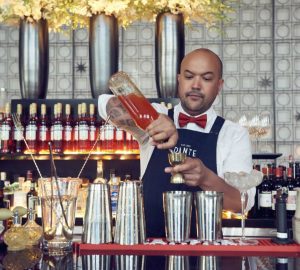 Here’s how to really open up aperitivo in your bar 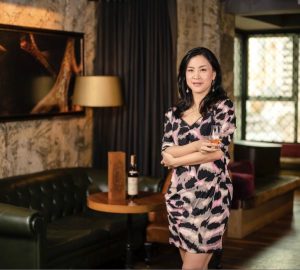 Charlene Dawes: “You don’t become someone by sitting around” 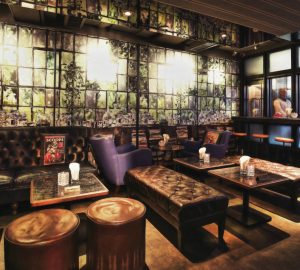 Get to know: The Vesper

Behind the recipe: Vijay Mudaliar’s The Peranakan

Zee says: Here’s how you become a real bar professional